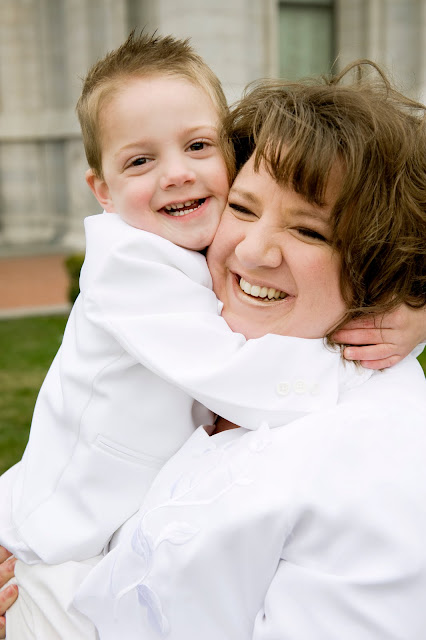 In 2005 while trying to adopt a 3rd time we put our profile on parentprofiles.com.   We had many contacts but only 2 we could say were "real".   One of them we will just call "T".  T contacted us when she was only 5 weeks along....yes I said 5 weeks.   At the time I thought for sure she was a scammer...we had just gone through an ugly scam and I thought we were talking to another liar.  As it turns out she was real and was feeling really alone, scared and looking at options.   We chatted online often and talked on the phone.   A couple of weeks later I had a distinct impression to email T a song by Janice Kapp Perry called "I Gave You More".   A day or so later I heard back from T.   She was emotional and thanked me for sending her the song.   Her unexpected pregnancy was weighing on her.  She already had a preschooler and was unsure how she was going to handle another child. She also suffers from Hypermesis Gravidarum (severe nausea and vomiting during pregnancy).   She had decided to make an appointment for an abortion.  On the day she was suppose to go she received my email with the song included.   The song touched her heart and she didn't go through with the abortion.   She decided to place her baby with us.    Sometime between 7-10 weeks along (can't remember exactly anymore) she got in contact with LDS FS and our file was put on firm hold.
We drove to Montana and meet T and her daughter.  We got to go to the ultrasound and find out the baby was a girl.   We planned to name her Elizabeth.  We gave T and her daughter baskets of fun gifts including the quilt we had made for our 3rd Birth Mother.   We left excited about the idea of adding another girl to our family....excited to have the opportunity to be parents again.
Twenty weeks (give or take a few) later all of the sudden we couldnt' get in touch with T.   She wasn't emailing, calling ...nothing.   I had a feeling I should look at the hospital website and see if the baby was listed online.   Then I saw the beautiful baby girl.....she named her Lydia.  I knew when I saw the picture...well really I think I already knew but it solidified it.....this baby wasn't going to be ours.   We emailed T and then she contacted us and let us know she was parenting.   It as heartbreaking.   It was the day of the National FSA Picnic....the day before the National Conference.   We could have stayed home...no one would have blamed us but I knew that we would be surrounded by people who understood this loss.   We went to the picnic, we presented at the conference and received much love and support.   Then we went home to grieve and feel all the feelings you feel when you have a loss.
There was one thought that did bring me comfort.   This baby was never meant for us...but maybe T found us because she needed a friend, support and she needed something to give her courage to allow her baby to live and be able to get through the pregnancy.
This baby girl wasn't meant for our family but knowing she is alive in part because we followed a feeling sent from Heavenly Father brought some comfort and I feel like our lives were meant to intertwine for a while.   Sometimes the purpose behind experiences are hard to  understand...our actions during that time might be what another needs to help them through what they are facing.   We just never know the effect we might have on another who is struggling.
I would be lying if I said that this failed placement didn't hurt.....it was really hard and it took a full year to get through.   But we were not left alone to grieve.   I felt the prayers of others lift me up and help me get through many months.   The true impact of what had happened didn't come upon me for many many months.   I am so thankful for loving family and friends and especially for a loving Savior who understand me and knows how to heal me.
Loss is painful no matter what package it comes in.   But I know there  is one who suffered beyond my comprehension who helps me along my way, guides me as I prepare for His healing and then He heals in the way only He can and in His time.  It is only His healing that is lasting.   I have felt it in my life...especially the past 6 years.
I had no idea when entering adoption how our life would be impacted in such an incredible way....so many lives touching ours...so many opportunities to touch others hearts.  My life is richer, fuller and sweeter because of our journey to parenthood...the good, the sad and the ugly.
In the end it brought us a beautiful life! 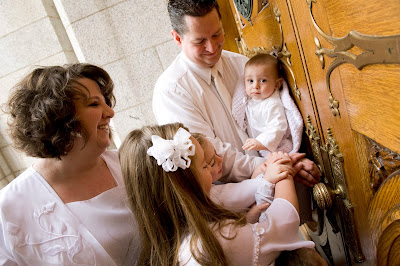 Posted by SmallAdventures at 10:37 PM

Email ThisBlogThis!Share to TwitterShare to FacebookShare to Pinterest
Labels: Adoption

Brenda! Thank you for sharing what a beautiful story!! It inspires me! Before baby C we had met with a birthmom and were sure she was placing with us. We met with her emailed all the time..in the end it wasn't meant to be. It seems Heavenly Father wanted her to feel love and support and we were the instruments in his hands.
All part of the journey right??