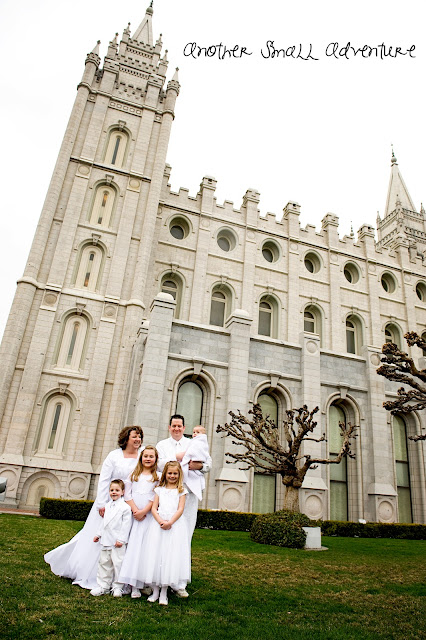 When Brad and I got married 16 years ago we never dreamed the journey we would take to bring children to our family.   We thought we would do what everyone does…..get pregnant and give birth.   When our expectations weren’t what we wanted them to be we started to question life. I especially had a hard time with the diagnosis of infertility….it felt like a death sentence.   At some point during treatments we came to the realization that being parents was more important than being pregnant.   It was during this time our hearts turned to adoption and we started to realize we weren’t like “everyone”.
We had a special journey to make to become parents. 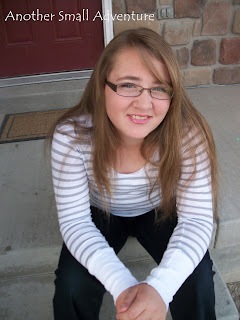 Our oldest daughter, Brenley, was born July14, 2000.  Thirty six hours after her birth her Birth Grandmother placed her in our arms.   It was an incredible feeling to hold her for the first time.   We already loved her and from that moment forward the love just grew.   On October 31, 2002 our second daughter, Haley, was born and then two days later placed in our arms by her incredible Birth Parents.  Just when we thought we couldn’t love more….the love multiplied again and we wondered how we lived without these two sweet daughters. 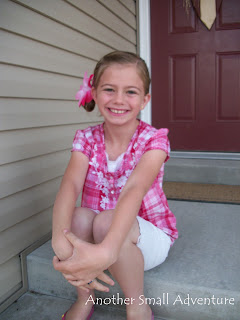 After returning to fertility treatments again and developing a life threatening complication we were happy to say goodbye to treatment forever and felt incredible peace as we tried to adopt a 3rd time.After an internet scam and a failed placement Camden was placed in our arms by his sweet Birth Mother…not as a newborn…rather an 8 month old baby boy.   Camden’s Birth Mother searched for a family to place her baby with while pregnant.  She contacted us and we felt an instant connection and developed a friendship…. but after considering and reconsidering her decision she decided to parent.   We continued our friendship and to our surprise she called us and told us she felt Camden belong with us.   A few days later on December 17, 2006 Camden joined our family and was welcomed by two big sisters who couldn’t have been happier. After his Birth Mother placed him in our arms she followed us home where we celebrated Camden together in a special placement dinner in her honor.  We love having openness with her and our other Birth Mothers and we can see how we all benefit from these friendships. 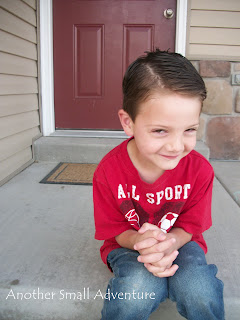 It was during our journey to a third child that our eyes were opened to being foster parents.   After taking classes and getting approved we became licensed and in 2007 we had our first placement.  After a couple of weeks these children left our home.   A few months later we welcomed a newborn named Ashanti.   Ashanti changed our lives forever.  She was a special gift to our family for 8 months.   Saying goodbye to her was the hardest thing we have ever done but the memory of caring for her and having her part of our family is something we will always treasure.    We ended up saying goodbye to 8 children…all were incredible and we still feel love for each of them.  We miss them….especially the 2 babies we had for a longer period of time.

We were still hoping there would come a day we would get to adopt again but we had developed a love for fostering so we were moving forward.   Early in August of 2009 we received the call of our dreams.    A young woman who had been in foster care herself wanted to give her baby a Mom and a Dad and a happy life.    Something she stated that she never had.   In August of 2009 our youngest child was placed with us at the hospital while he was in the NICU.   Our joy was full….our entire family rejoiced as we welcomed this little tiny boy into our family.  Here we are a year later enjoying the blessing of being together and enjoying our little 13 month old as he learns new things!   After seeing children come into our home and hearts and then feeling sad as they leave, we feel like the luckiest family in the world to have our little guy with us to stay! 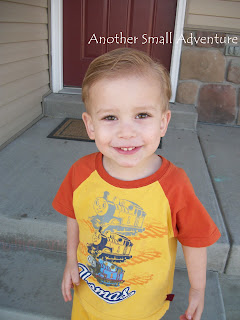 Once we became foster parents I started browsing the internet to learn about children who were waiting to be adopted.   I was heartsick by what I saw…..so many children who needed a home.   I looked through sites from every state and the realization of the need that is out there touched me deeply.   As I tried to sleep at night the face of these beautiful children haunted me and I wondered what I could do.   Out of desperation to try and help even in the smallest way I put links to a few children on my blog.  Overtime this turned into what I have named “Matching Mondays”.  Each Monday I feature a few waiting children on my blog hoping someone’s heart will be touched and changed and people’s eyes will be opened to these children and the need that exists.  I thought only broken teens were the ones available for adoption but what I found was incredible children of all ages who were hoping for a family of their own and for people who will help them become what they dream.  I quickly saw that while some of these children have been through a great deal there are no broken children…..only broken promises. 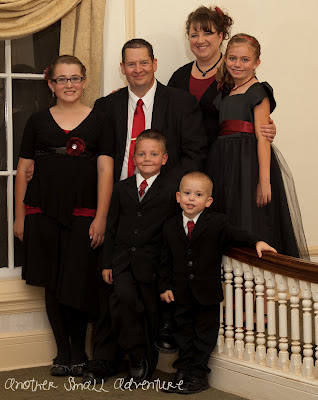 Adoption has changed our lives forever.  It has brought us a beautiful family.  Adoption opened the door to becoming foster parents.  Fostering children has also changed us…we are no longer blind to the needs of children around us.   We have witnessed families struggling, drug abuse and neglect.   But we have also witnessed the miracle of a fresh start and hard work that brings lasting change and touches a family in a way that leaves them better than before.  We have also come to realize that just as we dreamed of a family all our own we know there are children with the same dream.   We realize had we been able to build our family “like everyone else” then we would have missed out on so much learning and so much joy!  Our journey to parenthood has been a roller coaster with huge ups and downs but we are better people because of the ride!
Posted by SmallAdventures at 8:30 AM