The joys of being a child. 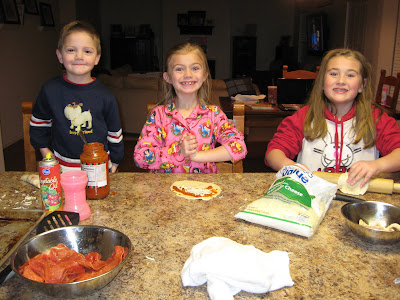 Thanks for the idea Holly!

Brad and I have said many times

"What did we do for entertainment before the children came?"

The past month we have had....

A month or so ago Haley suddenly started sobbing about Werewolves.  We were on our way home from FSA meetings and it was dark outside.   By the time we arrived home Haley was so frantic with fear that she wouldn't leave my side in the house.   I ended up sleeping with her in her sisters bed that night.  You would think I would have thought twice before watching Harry Potter and the Prisoner of Azkaban but NO....I had kind of forgotten about her fear.    When it came to the werewolf part she seemed fine.    But later that night she was scared again and ended up sleeping on my floor next to my bed.   I am not sure why she has this particular fear but it is real to her....so I will wise up.   I have to remember how much Haley still lives in a world of fairies and magic so it is no wonder she thinks a werewolf will really get her.

Surprising things from the mouth of a 3 year old

While the  van traveling Camden suddenly pipes up and says "I am trying to get big like Dad but my bones won't let me!"

At the dinner table, unhappy with the meal his mother prepared Camden asked for something different to eat.   When I told him "no".   He exclaimed..."Well WHAT kind of Mother ARE you?"   I find out he heard this on a kid movie but it was said from a brother to a sister....interesting how he knows just what word to change.  lol

As we travel to the store (or any place) Camden keeps a running map on his leg.   "Mom right now we are here (he points to above his knee)".   A few moments later he states "Mom, now we are here (he points to his to some place under the knee).   He does this all the way to our destination.    When he wants to know how long it will take to get somewhere he asks me...."Mom is it this long (holding up his finger) or this long (holding up his leg).   I guess this is his way of asking if it is a short trip or a long one.   He is at a very fun age and I am truly enjoying his sunny personality.    He does show me a "dark side" once in a while like the day he was telling his big sister off letting her know he wasn't going to pick up the dishes she was asking him to take to the sink and then did a football kick to the pile.   He had NO idea I was watching this happen and it was a complete surprise to him that he was being taken to his room.   Thankfully we see much more of the sunny side of him.  (I am also thankful those dishes were plastic.)

A funny lessons in alarm clocks

So night before last Camden ended up sleeping next to Haley in her bed and Brenley didn't like all the noise they were making before going to sleep so she went to Camden's room and slept in his bed.   Like the great kid she is she took her alarm clock with her so she could wake up on time.   She didn't set it right but it didn't matter because I would wake her up (this was what was in my mind that night when I realized it wasn't set).   So just like I planned I woke Brenley up the next morning and everyone got to school on time.  Then yesterday I moved Brenley's belongings back into her room..placing her alarm clock on her bed for her to take care of when she got home from school.    Brenley and Haley cleaned their rooms yesterday and Brenley made sure she plugged her clock back in and she set the time.    What she didn't realize is that she needed to reset her alarm time as well....it always goes to 12am when it has been unplugged.    So at 12am today I was getting up to feed my cute little alarm clock named Spencer.    All of the sudden I hear Spencer's crying coming closer and there is Brenley fully dressed for school .  I ask her what she is doing up and she says "I am getting ready for school".   I laughed....and let her know what time it really was.  I saw her light on and realized Haley would be woken up too....so I peek in and there was Haley with a big smile on her face and fully dressed for school.   They get a great big A for effort!  What great kids to get up on their own and get fully dressed and be happy....too bad it was 7 hours too early.    They went back to bed fully dressed and ready for the day.   LOL

I LOVE being a Mom!

It is the hardest, funniest, most exhausting and joyful career I have ever had and I wouldn't change once second of it!!!!

Posted by SmallAdventures at 2:25 PM

Thanks for all the laughs today.

I have just discovered your blog and I LOVE it!!! Your post today made me giggle. Being a Mom is the best isn't it?!?